I clearly remember all of my amazing plans when my students first received their iPads. They were all going to use Evernote to keep digital binders, use a PDF annotator to complete worksheets, and do all of their writing on the iPad. I was going to try to use the iPad to do EVERYTHING in class and never have to stand at the copy machine!  WOOHOO!

Fast forward to today (about 5 years later?), and I’ve upped my iPad game a bit. Throughout these past years, there’s always been an unsettling feeling that I wasn’t doing enough with it, and that the device was simply replacing paper. If you’re familiar with the SAMR model, I was basically using the iPad for substitution. Is there necessarily any learning taking place if they’re still doing worksheets on the iPad?

The answer is no, it doesn’t. While the iPad is definitely convenient and saves paper, it’s just a tool – not a teacher. The issue wasn’t whether or not I used it, what mattered most was how I used it. And from my personal reflections on my teaching, I wasn’t maximizing the effectiveness of the iPad.

So from that point I decided to start moving up the SAMR model by gradually replacing worksheets with higher-level thinking activities. But aren’t these more work? Perhaps, but isn’t having to reteach and reteach because a student didn’t retain information more work as well? What if I gave them an activity that really engaged them, and helped them grasp the concept sooner? Wouldn’t that be worth the initial set-up?

Here are some examples of how to move past a simple worksheet:

I found this worksheet on labeling parts of a cell: 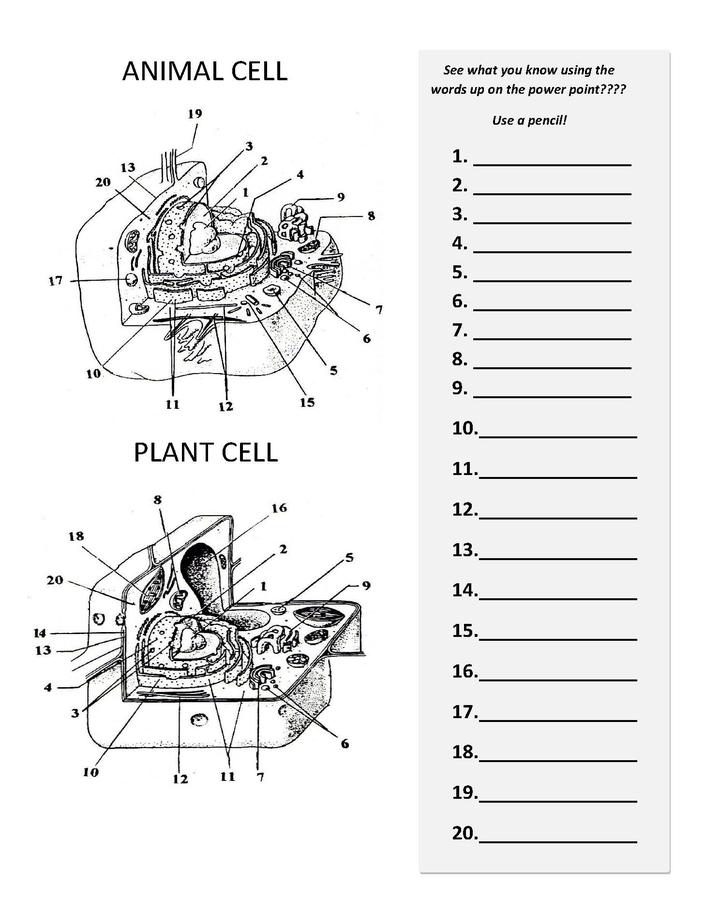 Then I thought, “This activity would be PERFECT as a Thinglink!” Students could label the parts of a cell with explanations and possibly other resources, rather than just filling out a worksheet! That got me thinking about Prezis. They could do a short presentation on the different parts of a cell.

They could even use an app Explain Everything or iMovie to describe the different parts of a cell and what they do. This Youtube video wasn’t necessarily created with those two apps, but you get the idea!

Notice how each of these assessed the student’s knowledge of the parts of a cell, but in a far more engaging way. Students aren’t simply recalling information – they’re creating with that information. You could definitely do this in any subject area. You also don’t have to do it for every single assignment, however you’ll find that your students will complete these assignments far more than any boring worksheet!